As a CTO, I played around with technology throughout most of my profession and focused on understanding its vast technicalities. After many trial and error attempts in successful web and mobile application development, I am thoroughly proud of my understanding of most of the technical aspects required in the field.

It is easy to get overwhelmed by the enormous number of technologies arising in the market daily, especially while choosing the apt framework for your app development.

This article will compare and contrast the qualities of two fantastic frameworks from the above-listed blog, namely Vue vs React. We will focus not only on their differences but also on their extensive range of similarities. That’s what makes this article stand out from the rest.

But before we get deep into these details, did you know that React is technically not a framework? In fact, it is a library.

What Are The Factors To Consider In Vue vs React?

Comparing the startup time and runtime of apps built on both frameworks is the best way to determine Vue vs React’s performance efficiency.

Apps developed on both React and Vue have really small bundle sizes. The tiny size of these bundles ensures quick initial loading.

When it comes to runtime performance checks, you can analyse this by comparing the app’s startup time, allocation of memory and app operation duration. You will learn that both the chosen framework and library showcase excellent performance.

The difference you will see here in the Vue vs React competition is that Vue has a slightly more advantageous memory allocation. On the other hand, React is beneficial in terms of providing a faster runtime.

Other than the similarity of the tiny bundle size mentioned earlier, both React and Vue use Virtual DOM. However, there lies a significant difference in its usage in both.

When you modify a component of an application to React, the changes will be made throughout its child components unless extra code is written to avoid this. At the same time, Vue supports changes to be made only on the virtual component without making unnecessary changes on the child components.

In short, the performance of Vue vs React depends on how your developer writes the code for the application and its complexity.

One of the startup founder’s primary goals would be to create an excellent Minimum Viable Product of their software product quickly using a suitable framework. Now, don’t be fooled to think that the choice of framework is a short-term concern, i.e. until your MVP is built.

The framework you choose to build your app will be a long-term commitment. It’s not easy to change to a different technology later. So, according to the nature of the app that you intend to create, choose a framework with the essential scalability features.

When Vue vs React is compared, you can quickly note that React is used for developing large-sized applications. In contrast, Vue is currently preferred more for comparatively minor applications.

React apps are fit to use traditional methods to organise their code and increase scalability to create multi-page applications with excellent UI’s.

Nonetheless, scaling up in Vue apps is also impressive to a certain extent. Unlike React, Vue can also scale down easily. Vue has its own CDN or Content Delivery Network, which enables Vue apps to scale down easily using a single script code with no related performance hindrance.

Check out our blog on How to Scale Your Startup & 4 Important Tips to Grow Your Business.

React has its own server-side rendering web framework known as Next.js. Similarly, Nuxt.js is for Vue.

Next.js also has features like automatic server rendering and code splitting with dynamic imports which enhances the developer experience.

On the flip side, Nuxt.js has automatic routes and middlewares which makes it easy for your developers to set up your application.

If you have done basic research on React, you must already know that it is backed by the world’s largest social media platform, ie. Facebook. Given the popularity and fame that surrounds the platform, the community support it receives is also massive.

Facebook’s dedicated team is focused on vastly improving React which includes several internal products of Facebook built with it.

React is a suitable fit for building complex and large applications. Developers ranging from beginners to experienced ones enjoy the reusable components it provides. This, in turn, also means there is never a shortage of specialised React developers in the job market.

In contrast, Vue is a purely open-source community and is not backed by any big organisation or company. Having said that, it doesn’t mean that this affects the community support or popularity of Vue. It is a growing community that is just not as big as that of React yet.

Vue started off as a templating library created by Evan You, which rose to popularity in its home country- China and later blew up to out-of-proportion fame worldwide. Demand grew for including more features into Vue, and this led to its transformation into a framework. Now, it has risen up to the standards of frameworks like React and Angular that are backed by massive platforms such as Facebook and Google, respectively.

As mentioned earlier in Vue vs React, React is more popular amongst developers because of its strong community backed by Facebook, despite being more time-consuming to learn than Vue.

Thus, there is never a shortage of React framework developers in the market. Developers prefer gaining expertise in React as the community is mature enough to help developers who need assistance with detailed answers from experts.

Most of the skilled developers I know have taken an average of 2 weeks time to gain a complete understanding of Vue. By this, we can understand that Vue is comparatively easier to learn than React.

However, the numbers of developers who have in-depth knowledge of the Vue framework and its concepts are relatively low. The high popularity of React since its launch compared to Vue could be the reason why developers are more inclined to React than Vue.

Also, read How to Find App Developers to Develop Your Startup Idea?

When considering one of Vue vs React’s frameworks to build a mobile app, a more severe advantage lies in the React framework’s side.

Similarly, Vue also has its own mobile application framework known as Vue Native. However, currently, it is pretty unstable. As you can see, Vue’s community is rapidly developing, which in turn is expected to bring positive changes to Vue Native too in the near future.

What Is Common In Vue vs React?

Testing apps on the Vue framework or React framework typically use their respective libraries and the same test-runners.

The most recommended way for testing Vue apps is Vue Test Utils.  It can also be tested by using any framework, namely Jest, Mocha, Cypress etc.

React, on the contrary, does not have an official testing framework. But, it shares a similarity with Vue in its capability to be tested by any of the frameworks listed above and more.

Both React and Vue support PWA’s or Progressive Web Applications.

Take a look at the 30 best Progressive Web Applications.

At NeoITO, we have experts who are proficient in developing web applications and mobile applications using both React and Vue. The reviews we received from our clients stand as testimony to our work’s quality, the sense of reliability we showcase, and the immense client support we provide.

Vue vs React- Who is the winner?

By the end of this article, I hope you have gotten a fair understanding of which framework between Vue vs React best suits your application’s needs.

Do check out our blog on Angular Vs. React Vs. Vue: Which Framework to Choose in 2021 to gain a clear understanding of the best front-end web framework comparison.

I know it might seem like React has the upper hand among Vue in many areas. However, that is a false assumption. Vue’s positivities, such as its steadiness and its ease in coding, cannot be forgotten. Thus, such undeniable qualities of the framework make it a framework that has promising growth.

Both React and Vue are capable of producing the same results any time, any day.

Ultimately, the right choice of framework for your app development entirely relies on your need and the outcomes you expect out of it. Your budget and availability of developers is also supporting determining factor.

This is where NeoITO takes your apt technical partner’s role to understand your technical requirements and provide our expert services at affordable prices.

Angular Vs. React Vs. Vue: Which Framework to Choose For Your Business?

Should You Hire A Full-Stack Developer or A Team of Specialists for Your Business?

CEO, NeoITO, Serial entrepreneur and investor. He writes about technology, startups, and entrepreneurship. When not working, Faiz can be seen playing soccer with his friends. 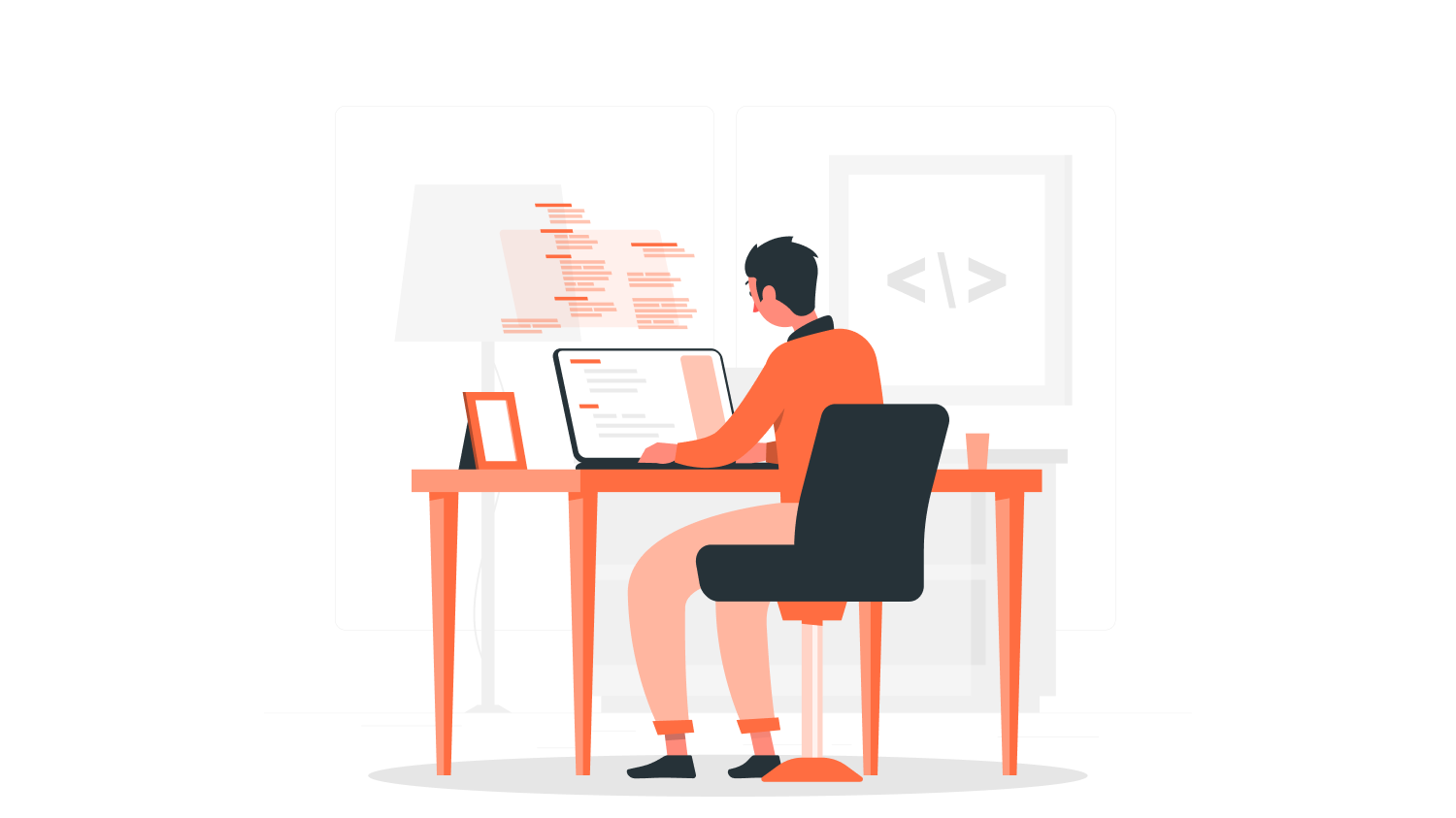 How to Find the Best Web Developers: What to Look For and Where to Find Them

Your product development can be messy without a qualified development team. Learn where to find and how to hire top-tier... The Role of Artificial Intelligence in the Web Development Process

Get a deeper understanding of how AI influences the web development process. A Beginner’s Guide to Super Apps

Super apps provide end-to-end support to users and make it one single app for their entire needs. Read the general...