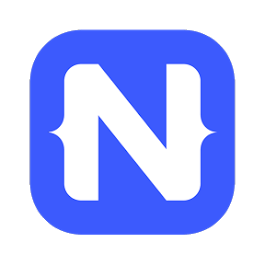 NativeScript offers native UI and high performance in both the iOS and Android platforms from a single code base. We design & develop mobile apps for startups, SMEs & Enterprise Giants.

Is NativeScript a good choice for my app?

1. App runs on iOS and Android: Develop apps for Android and iOS apps with a cost of making single app.

2. Cross-platform approach: Most often, you can write one codebase and then build it for iOS or Android. In some cases, when you want to implement platform-specific functionality, you can quickly tweak your code.

3. Native user interface and performance across platforms and devices: Because your apps use native components, they look and behave natively on iOS and Android. If you take advantage of the iOS and Android runtimes, you can even implement unique platform features with minimum effort.

4. Day One support for new versions of the platforms: When a new mobile platform version becomes available, the NativeScript quickly provides support for the new version and its features.

5. Ability to push minor app updates to your users without republishing the entire app: The major mobile platforms allow minor updates to content over the air, as long as these updates do not add or remove contents in the application package and do not modify the original purpose of the app. Telerik Platform provides the Telerik AppManager LiveSync service which lets you publish such updates to NativeScript-based apps.

NativeScript is an open-source framework to develop apps on the Apple iOS and Android platforms. It was originally conceived and developed by Progress. NativeScript apps are built using JavaScript, or by using any language that transpiles to JavaScript, such as TypeScript. NativeScript directly supports the Angular framework and supports the Vue framework via a community-developed plugin. Mobile applications built with NativeScript result in fully native apps, which use the same APIs as if they were developed in Xcode or Android Studio. Additionally, software developers can re-purpose third-party libraries from Cocoapods, Android Arsenal, Maven, and npm.js in their mobile applications without the need for wrappers. More at Wikipedia

Why choose NeoITO for NativeScript development?

Some of the awesome NativeScript projects

We’re proud to have worked with some amazing people and companies, and help them innovate and build products that their customers love.

Daily AI
Exclusively made for lenders, the DailyAI Mortgage CRM harnesses the power of AI to help lenders simplify their lead management.
Read more
PropertyOK
PropertyOK is a real estate website which came into play on June 2014. They had a website just with minimum functionalities. They wanted to maximize t...
Read more

Tell Us About Your Company